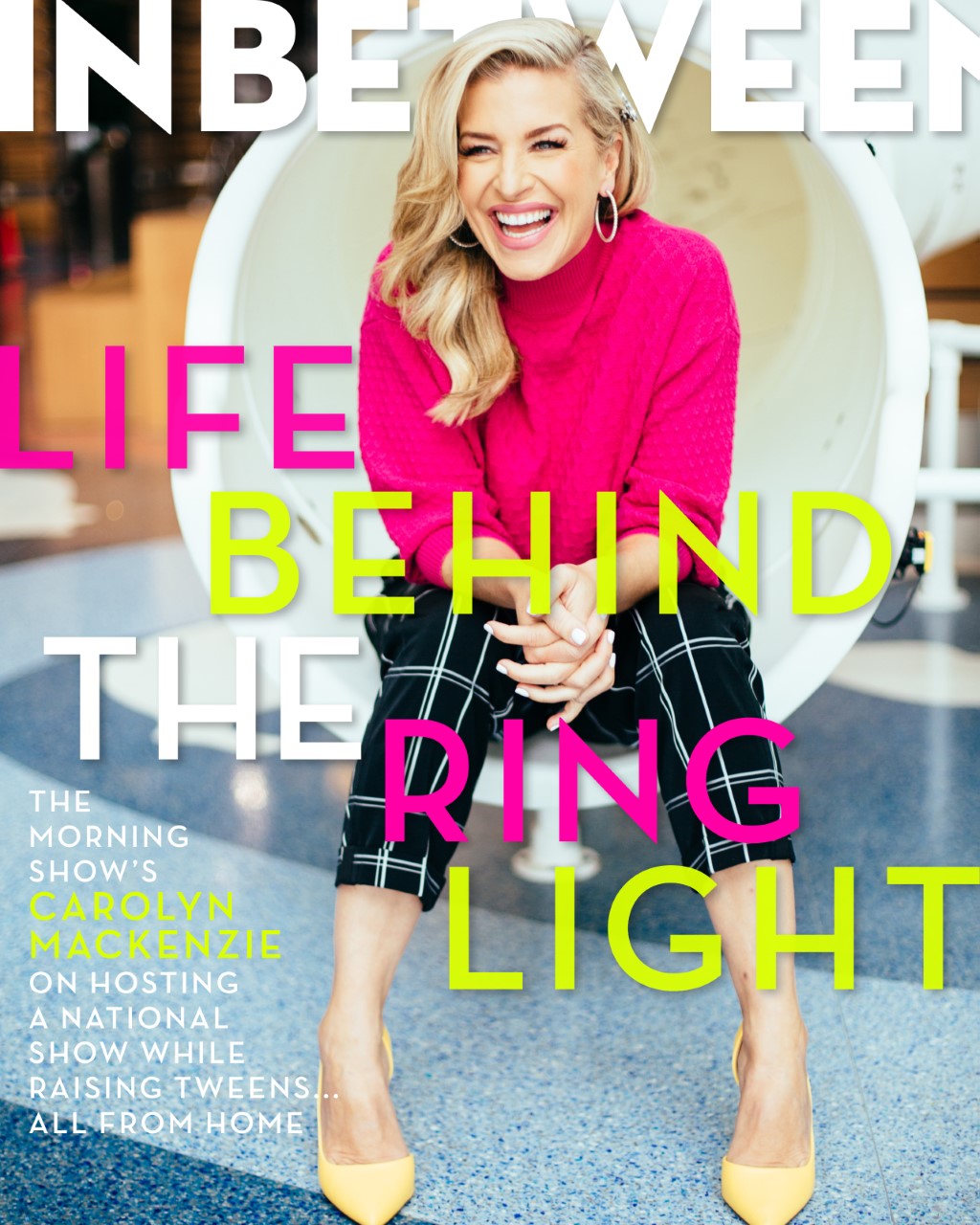 The Morning Show’s Carolyn Mackenzie: Her Life Behind the Ring Light

Life Behind the Ring Light   The Morning Show’s Carolyn Mackenzie on hosting a national show while raising tweens…. all from home By Rachel Naud Pre-pandemic, minutes before the cameras would start rolling on Global’s The Morning Show, Carolyn Mackenzie would surround herself with her team and her co-host, Jeff McArthur, in an energetic pre-show pick-me-up ritual. “Have a great show!” the team would sing together, just moments before the spotlight would shine on Mackenzie and McArthur as they would bring entertainment and news to Canadians from coast-to-coast. Now, most days Mackenzie, 45, broadcasts from her home, alone. There’s no more team to rally behind her, there’s no more makeup artist or hairstylist or pre-show cheer huddle to get those last-minute butterflies stirring. There’s just her, her ring light and a prayer that her two tweens will stay occupied and quiet so she can make it through the one-hour broadcast interruption-free. “I still do my own chant,” says Mackenzie over a phone interview from her home in Toronto. “I pump myself up. I say, ‘Ok, Carolyn. Have a good show!’” Life in the Spotlight More than 20 years ago when Mackenzie started her career as a journalist and a broadcaster, she could never imagine she would end up hosting a national show from her living room. Since graduating with honours from Carleton University and becoming a journalist, she has been awarded accolades for her work as a storyteller and a reporter. In fact, in 2005 she won an Edward R. Murrow Award for excellence in journalism for her coverage on transit inaccessibility. Today, as co-host of The Morning Show, Mackenzie produces segments, interviews celebrities, authors and lifestyle experts. She shares good news with Canadians nation-wide and has the tough job of bringing bad news to audiences. Before the pandemic, her and McArthur’s chemistry would orchestrate to create fun and informative segments, whether they were sharing fun stories about their personal life, doing a cooking demo with Chef Massimo, or sitting down for a powerful two-on-one interview with a guest tackling tough topics about racism or abuse. They competed with one another in fun quizzes; their work wife/husband rivalry leading to more laughs than questions. On Fridays, she and McArthur celebrated the end-of-week with a well-timed high five. “There actually is nothing I do not like about being a part of this show,” says Mackenzie. “It is fun. It’s creative. I love the process from beginning to end. In all my years