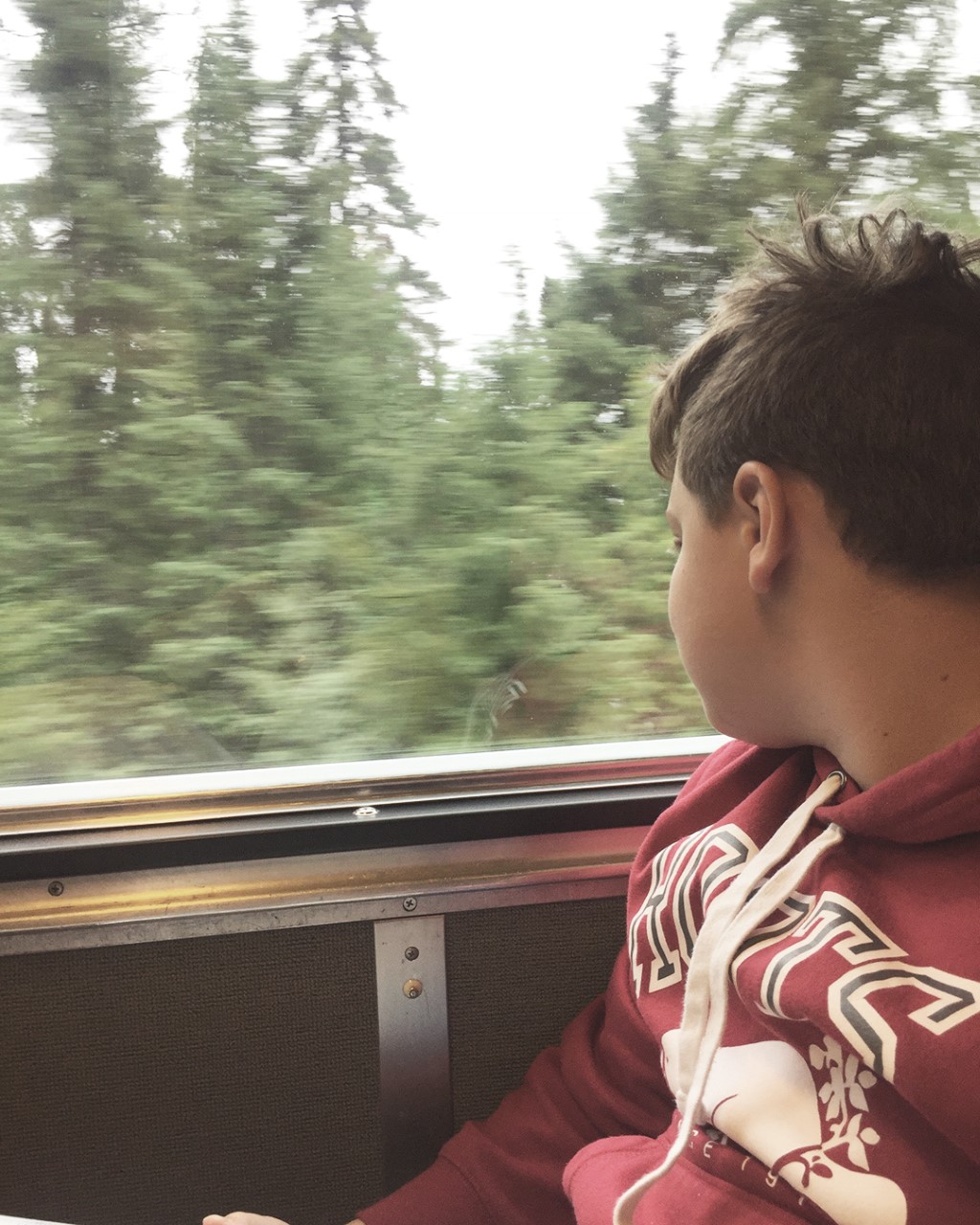 One Train, One Tween, One Unforgettable Trip

One Train, One Tween, One Unforgettable Trip By Rachel Naud “We’re doing WHAT?” That was my 11-year-old son’s reaction when I told him instead of flying home, we were going to take the Via train from Winnipeg to Toronto. “Well…. how long is THAT going to take?” he asked with a facial expression, I like to call the “tween tick.” It’s when he looks half-pissed and mostly confused. “Two nights, two-and-a-half days(ish),” I said tipping my hand from side to side. “MOM, actually?!” “Yes, it will be fun!” “But there’s wi-fi, right?!” I wasn’t ready to drop that no-tech bomb, yet. Instead, I gently tickled under his chin and said, “don’t worry, you’ll like it.” The train The journey from Winnipeg to Toronto takes approximately one full day, 13 hours and 59 minutes on The Canadian. We opted for a sleeper car for two, which during the day contains two spacious seats, a big window and a private bathroom and sink with electrical outlets. During the evening, the seats disappear, and the attendant pulls out the bunk beds, which are hidden in the walls until turn-down service at night. With sleeper car status, comes the ability to walk about the trains, soak in the panoramic scenery in the dome car, play some games and grab a snack in the lounge and, of course, indulge in the fine cuisine that is served up in the dining car every breakfast, lunch and dinner. The experience You’ll want to stock up on books, download movies on your iPad and save your favourite tunes on your phone because the wi-fi is basically non-existent. And I don’t say this with any disdain. In fact, I was pleasantly pleased that my son couldn’t log on to his video games or Netflix account, and instead had to soak in the real travel experience. Instead of battling it out on Fortnite or having his face glued to his screen watching 100 consecutive episodes of Bob’s Burgers,  he (gasped!) Looked. Out. The. Window. He pointed to the cool scenery, let his mind wonder and started conversations about the topography and geography of Canada. During meals, he sat with complete strangers and heard about their stories of being farmers, as Americans seeing Canada for the first time and even met a young English man from London travelling the country to meet up with a friend. All different faces with different backgrounds, but my 11-year-son managed to come up with common ground with each of