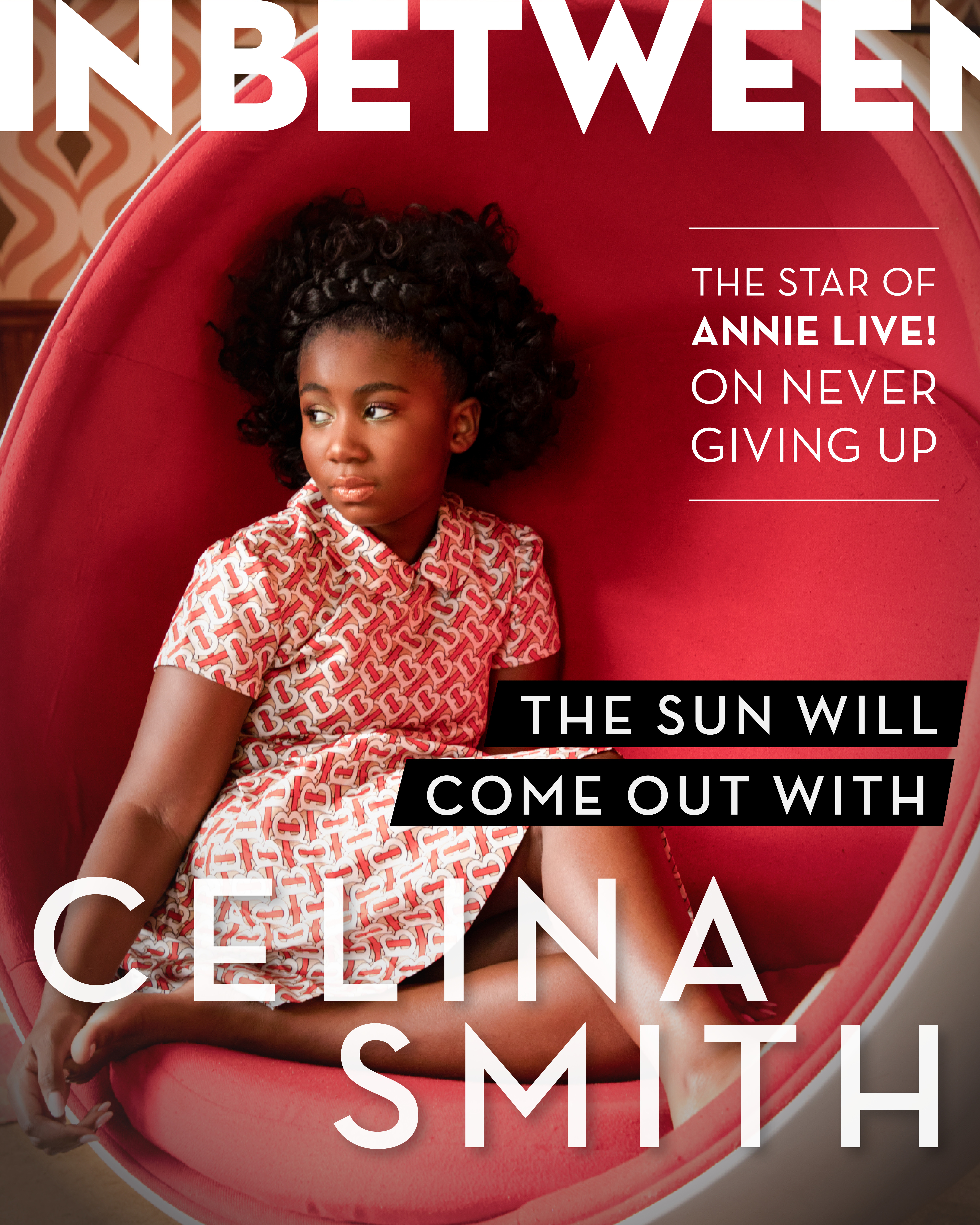 Shining a Spotlight on Annie Live! Star Celina Smith Celina Smith may only be 12 years old, but she’s had an extensive singing and acting career as Young Nala in the National Tour of Disney’s The Lion King, appears on the mega-hit series, Tyler Perry’s Young Dylan and is set to reprise the role of Annie on Annie Live! We sat down with the Atlanta-born star to chat about growing up on stage. By Rachel Naud You're only 12 years old and have already had such an impressive career, how old were you when you started performing? My parents would say I was born performing but I was probably around 7 years old. I was doing gymnastics, but my parents decided my cartwheels weren’t getting any better and they enrolled my in a performing arts camp, AGI, … and the rest is history! When did you know you wanted to be a performer? I knew I liked performing but I knew I wanted to do it for a living after I booked The Lion King. I think that’s when I realized I could do it professionally. How do you deal with the tough aspects of the business, like rejection? Sometimes it’s hard to deal with rejection, especially when it comes to auditioning because if it’s something I really wanted, it’s a bummer. But I try not to take it personal. What’s meant for me, is meant for me, so maybe that part just wasn’t meant for me. Tell us about what it's like performing on the esteemed Broadway stage? It’s fun and cool to see the lights and the audience’s reaction to the performances. You're starring in Annie Live! What do you love about being Annie? What I love most about being Annie is that she’s so full of hope. I love spreading that kind of message especially after the past year or so. You are working with some of the greats in the biz like Harry Connick Jr. and Nicole Scherzinger. What are they like to work with? Did they give you any advice? I am so excited about the cast of this show. I haven’t met everyone yet but the amount of talent and experience I am going to get to work with is amazing! I cannot wait. How have your parents helped you in your career? My mom and my dad have helped my career by giving up so much so that I can do what I love. My mom toured with me for over