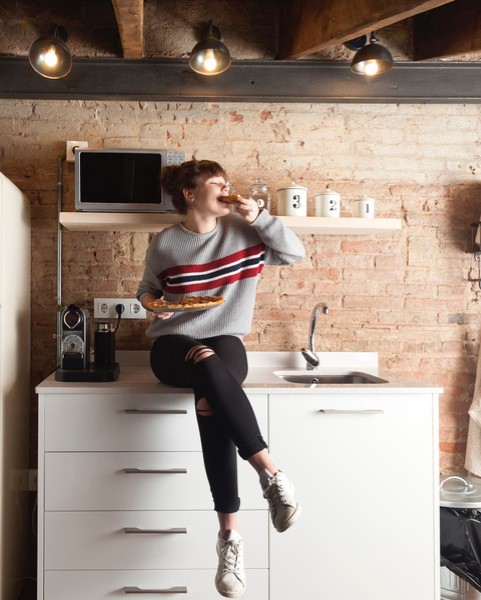 How I Helped my Daughter Transition from Dorm Life to Living on Her Own By Sara Dimerman After my younger daughter’s first year away in residence at university, I thought that we were pretty much done with questions such as, “How long after the best before date can I keep yogurt?” and “When should I choose ‘permanent press’ on the washing machine?” However, after she moved into a house with four other girls for her second year away from home, I learned that there were many more questions to come – such as how to make hot chocolate on the stove like the way I make it for her at home. And I continued to encourage them because being able to ask for direction when you’re not sure what to do  is an indication that you’re not ashamed to show that you don’t know everything there is to know, especially when living alone. I think it’s great that students living in residence during their first year away at university buy meal plans. This way, at least parents know that their teens won’t be starving or having to worry about what to buy and make for meals. Especially in addition to adjusting to living independently and managing time and responsibilities like never before – laundry and getting themselves up in the morning, for example. By the time second year rolls around, most students are tired of cafeteria food and showing a great deal more appreciation for home-cooked meals when they come back to their nest for visits. However, many are not quite prepared for the effort it takes to think about what they need to put into their fridge and cupboard (often  only on one or two of the assigned shelves), making time to shop for those ingredients and then cutting and cooking them up, after a long day of classes.  Even though my daughter has an interest in cooking (and often sends pictures so that she and her dad – the cook in our family – can compare their creations), she often lacks the energy or space required to cook a meal for herself. So, we agreed to pay for weekly meals in a box ( three  at a time which allows for six dinners over the course of a week) which still means that she has to prepare the food, but this saves her the time of shopping for as many ingredients, teaches her to