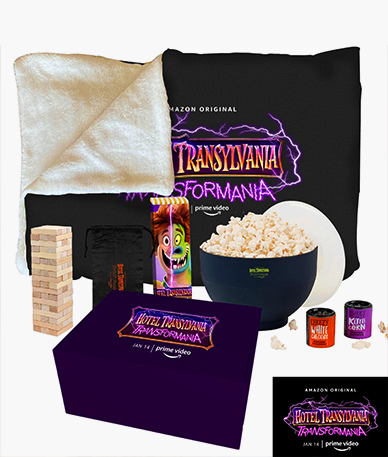 GIVEAWAY ALERT!   We partnered with Amazon Prime Video to give you an at-home prize pack to enjoy while watching Hotel Transylvania: Transformania, which releases exclusively on Prime Video on January 14th. The latest installment is the perfect ending to an incredible journey, making Transformania the family film event of the new year. As the destination for family-friendly content, Prime Video has a wide selection of film and television to keep parents just as entertained as their children on movie night. Synopsis Drac and the pack are back, like you’ve never seen them before in Hotel Transylvania: Transformania. Reunite with your favorite monsters for an all-new adventure that presents Drac (Brian Hull) with his most terrifying task yet. When Van Helsing’s (Jim Gaffigan) mysterious invention, the 'Monsterification Ray,’ goes haywire, Drac and his monster pals are all transformed into humans, and Johnny (Andy Samberg) becomes a monster! In their new mismatched bodies, Drac, stripped of his powers, and an exuberant Johnny, loving life as a monster, must team up and race across the globe to find a cure before it’s too late, and before they drive each other crazy. With help from Mavis (Selena Gomez) and the hilariously human Drac Pack, the heat is on to find a way to switch themselves back before their transformations become permanent. The film also features the voices of Kathryn Hahn (Ericka), Steve Buscemi (Wayne), Molly Shannon (Wanda), David Spade (Griffin the Invisible Man), Keegan-Michael Key (Murray), Fran Drescher (Eunice), Brad Abrell (Frank) and Asher Blinkoff (Dennis). Giveaway contents Hotel Transylvania blanket, popcorn bowl with popcorn seasonings, and game Giveaway value: $150 How to Enter: Follow @inbetweenzine and @primevideoca on Instagram Tag who you will be watching this movie with Don't forget to #HotelTransylvania Deadline to enter: Jan 20, 2022 Good luck! *Winners are chosen through a random draw. 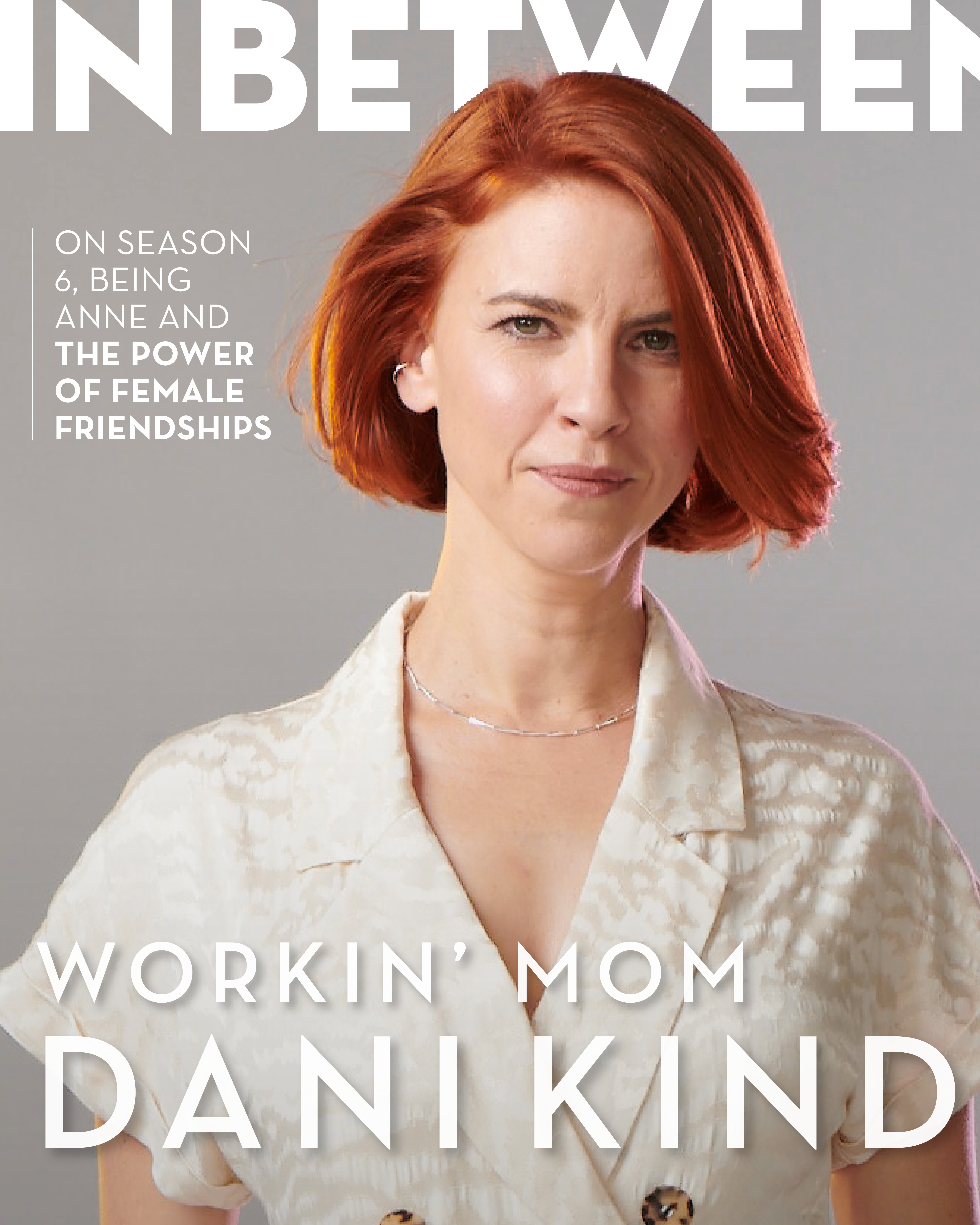 On-screen, Dani Kind plays Anne Carlson, an unapologetic mom, friend and psychiatrist whose wit is as sharp as her tongue. In real life, the Workin’ Mom of two boys says there’s a bit of every woman in the cast of characters within her — and most of the women she knows — which is why the show is such a hit with not only Canadians but with audiences worldwide. We sat down with Kind to talk about being Anne, Season 6 and the authenticity of Workin’ Moms. By Rachel Naud We have to say, Workin’ Moms is truly a laugh-out-loud show. It makes me laugh out loud too. It’s funny because when I read it on the page, I’m like ‘is that funny? Is what we’re doing funny?' We’re in the bubble shooting it and every year, I’m just like ‘I don’t know.’ And then when I see it cut together, I think ‘this is so good.’ How has your character, Anne, evolved throughout the series? I think she comes off as angry or aggressive or whatever, and I feel like with anybody in life, whatever works for you, works for you until it doesn’t. I think this season she takes a look at that for her. I think she has gotten away with a lot of things in her life because she’s Anne and that’s how she is. Like, the things she has said in Mommy and Me and the way she has addressed other women. I think emotionally she’s going to have to take a look at herself this year in a way that she hasn’t in any of the previous years. What is Anne in for this season? She’s back in Toronto and has to start from ground zero again. She doesn’t have any clients anymore. She has done this before, but this is post-Cochrane. She is discombobulated. She was all messed up. So, this year of her starting over again is almost starting from the most vulnerable place. She’s by herself because her husband is in Cochrane, and she still has a teenage daughter and a toddler and she’s in it. How would you describe Anne’s Workin’ Mom parenting style with Dani’s Workin’ Mom parenting style? I mean, I would never jump out of a bush and tell my kid to punch me in the dick. Like I would never do that. But I’m so close to that. I definitely talk to my kids like they’re